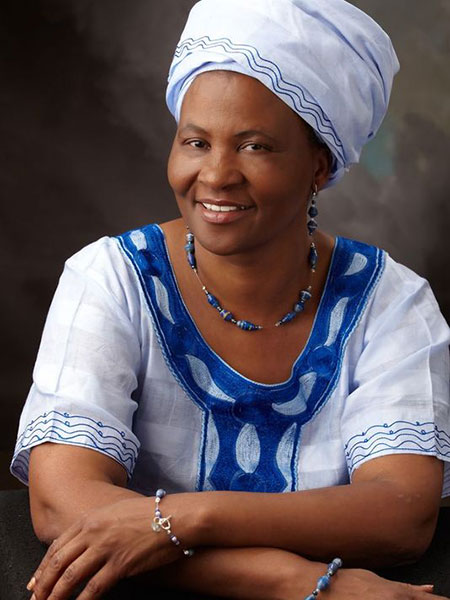 "I’ve known Regina Henry since I came to the U.S. from Zimbabwe in 1998 seeking the fulfillment of my dream of an education.

Regina not only played a critical role in assisting many International students to acquire their F1 and J1, but also helped many students to feel more at home, accepted and welcomed in a new country. During my time at Oklahoma State University, I established many mentors, but one in particular stands out: Regina Henry, coordinator of international students and scholars. ... We quickly became friends as she connected me to the wider community of Stillwater. Regina invited me to participate in a campus event where I shared cultural dishes from my village.

She also warmed my children’s hearts in many ways. One day she noticed my son crying as he watched other children riding bicycles. Not long after that, she surprised him with his own bicycle that another family had donated. This act of generosity had a huge impact on my five-year-old son. When at seventeen he was ready for college, he easily chose OSU, saying, “After all, it’s the place where I first rode a bicycle.” It surprised me to know that after years away from Stillwater, he so clearly remembered the Regina, the mentor, and the community that helped us to thrive as a family. To this day, when people ask my son where he is from, he smiles and says, “Stillwater, Oklahoma.” Regina reminds us of our humanity and the importance of our collective empathy, friendship, and responsibility toward one another.

You see I came to OSU from my poor rural village in Zimbabwe poor, poor, timid and vulnerable but with ambition - an ambition for an education, and Regina became the fertile ground that nurtured, inspired, and enabled my growth in a foreign country."

Give $1 for every year of service Regina gave to OSU

OSU has a close-knit global community, representing more than 100 countries.

$570 for One Semester of Books

As of Fall 2020, OSU has over 1,200 International Students currently enrolled